This week our Global Equity Growth Individually Managed Account (IMA) investment manager Calamos Investments, discusses the infrastructure build out in China and the impacts this is likely to bring to key investment sectors.
Infrastructure build-out is one of the key themes driving long-term growth opportunities, especially in emerging markets. We’re seeing a range of government initiatives to promote infrastructure spending, including in Indonesia, India, and the Philippines. However, the single most important of the infrastructure initiatives underway is likely China’s One Belt, One Road project (OBOR).
​
The goal of this ambitious strategic infrastructure plan is to connect people and trade between Asia and Europe through a series of roads, rail, ports, waterways and gas pipelines, including a high-speed train line from China to Europe that will cut travel time from 21 to 2 days. OBOR is envisioned as a way to enhance China’s ability to export the overcapacity of materials, such as steel and cement, while securing more energy resources and increasing trade overall. OBOR also advances China’s drive to establish itself as a global superpower, a key element of its long-term growth story. (For more on this, read my blog.)
​
Figure 1. One Belt, One Road: Advancing China’s Trade Relationships and Connections in the Global Economy
“Belt” refers to land-based routes, while “road” refers to ocean-based routes, a reference to the trade routes of the ancient Silk Road. 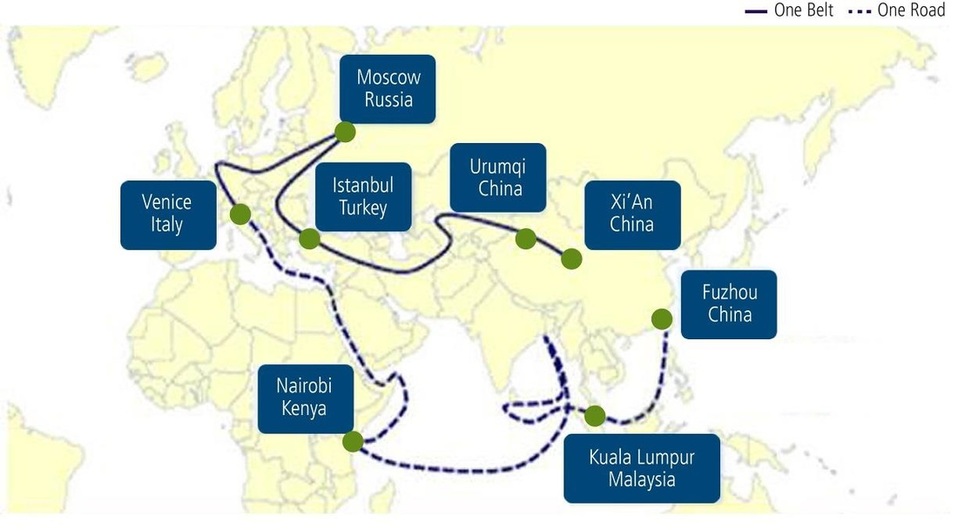 OBOR is a massive undertaking—it will take years to complete and some parts may not come to fruition. More immediately, however, our global equity team sees OBOR contributing to investment opportunities in the rail sector, where Chinese companies are now better positioned to offer globally competitive products at good prices. Countries around the world are now looking to China to supply key components of new high speed rail lines. We also recently saw Chicago award a $1.3 billion order of train cars to a Chinese company.
​
Over recent years, China has made a concerted effort to broaden its export base beyond commodities and lower-value goods (Figure 2). We have seen Chinese companies grow increasingly proficient and competitive in a number of industries, notably technology. OBOR further supports this trend, providing a tailwind for an increasing array of Chinese companies to reshape what “made in China” means to the global economy.
​
Figure 2. China’s Market Share of U.S. Imports by Value, % Share 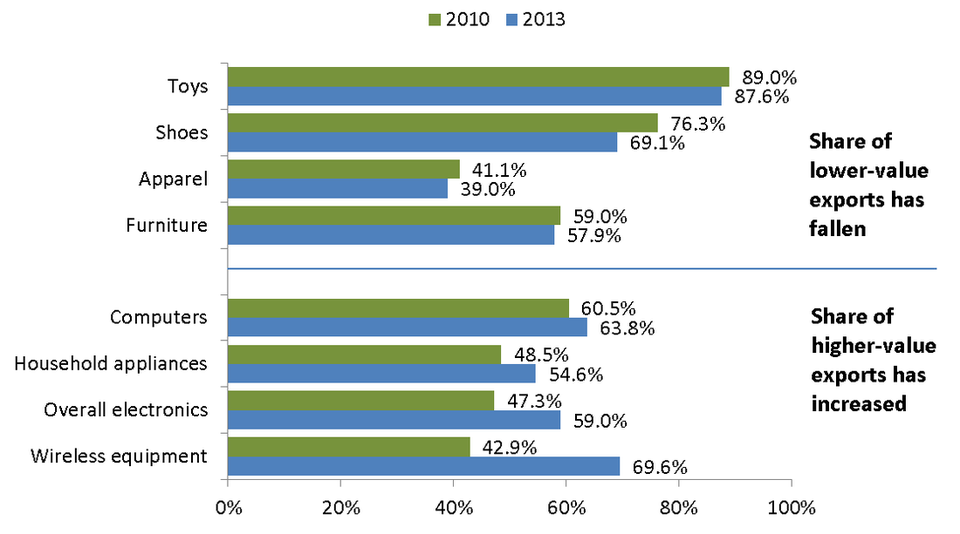