Our Global Equity Growth Portfolio investment manager Calamos Investments, publishes a Global Economic Review and Outlook on a quarterly basis. This quarter they review the volatility of markets in the last quarter and pick the sectors that they believe will benefit for the remainder of the year. If you need some help deciphering these strange volatile markets then please read on...

Dramatic shifts in sentiment and positioning resulted in a highly volatile market in the first quarter. Investors had a multitude of issues to digest, including commodity price and dollar volatility, U.S. recessionary fears, and central bank monetary policy shifts. The view of Calamos Investments is unchanged from the beginning of the year: They are cautiously optimistic, but expect volatility throughout the year.

Recent comments from the Fed and other central banks point to more coordinated action and fewer interest rate increases in 2016. This shift in policy has resulted in the US dollar retreating from its highs and commodity prices rebounding from multi-year lows. Fortunately, as first quarter earnings announcements get underway, market expectations have been tempered, which should mitigate downward volatility. However, swings in market sentiment (see Figure 1) show investors’ inclination to make quick moves in response to data and uncertainties.

In this environment, Calamos believes the key take outs are:

FIGURE 1. 1Q RETURNS LARGELY OBSCURE THE MARKETS’ TWISTS AND TURNS
MARKET REVIEW
In the first weeks of the year, investors maintained a riskoff stance and crowded into a narrow group of stocks. As the quarter progressed, increased confidence in the U.S. economy, the likelihood of fewer Fed increases, and stabilizing commodity prices fueled a rally in emerging markets, high yield, and value and cyclical stocks. Growth equities gained a better footing during the second half of March, when Chair Yellen’s remarks called into question the strength of the global economy. Convertibles participated in the equity market’s ups and downs, with U.S. convertibles continuing to reflect the performance of small and mid-cap growth issuers. 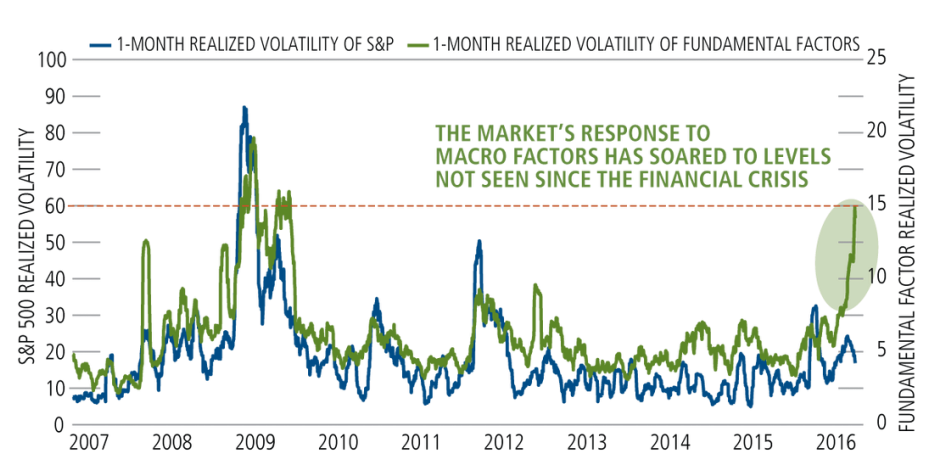 FIGURE 2a. MARKET SHIFTS WERE EXTREME IN 1Q 2016 FACTOR VOLATILITY
U.S. equities.
While trends in employment and housing continue to support the Calamos view that the U.S. is not facing an imminent recession, they see a lack of fiscal policy, election uncertainty and constraints on entrepreneurship raising barriers to more robust economic growth in the U.S. Given their view of a slower growth and more volatile environment, they continue to favor growth companies but remain cognizant of the macro dynamics driving the rebound in cyclicals (dollar, oil and central bank reflation). As they have discussed in the past, when earnings growth is scarce, investors are more inclined to reward those companies that can achieve it.

Information technology, including companies related to the cloud, social media and semiconductors, remains a key theme, as does consumerism, particularly companies that are focused on entertainment and travel. Calamos remains cautious on health care given upcoming US elections but have invested selectively in areas such as services and animal health. While they maintain an overall emphasis on growth, they have identified select cyclical opportunities on a bottom-up basis, including energy companies that Calamos believes can better capitalize on supply/demand imbalances.

This positioning reflects their view that dramatic market shifts, such as the first quarter’s rotation to low-quality stocks, are not sustainable. As noted, investors crowded into a narrow group of growth stocks at the start of the year due to heightened fears of recession but as these fears subsided, investors moved very quickly into many of the most battered names. Figure 2a reveals the extreme nature of the market’s response, as fundamental factor volatility rose to levels not seen since the financial crisis. As Figure 2b shows, the standard deviation of returns of a range of factors soared during a two-week period at the height of the cyclical rotation. There was a significant ramp up in the market’s preference for companies with lower price to- book ratios (P/Bs), with less concern about leverage levels and cash return on cash invested (CROCI). Short interest soared as investors shifted portfolios rapidly, and there were strong rebounds among last year’s laggards. 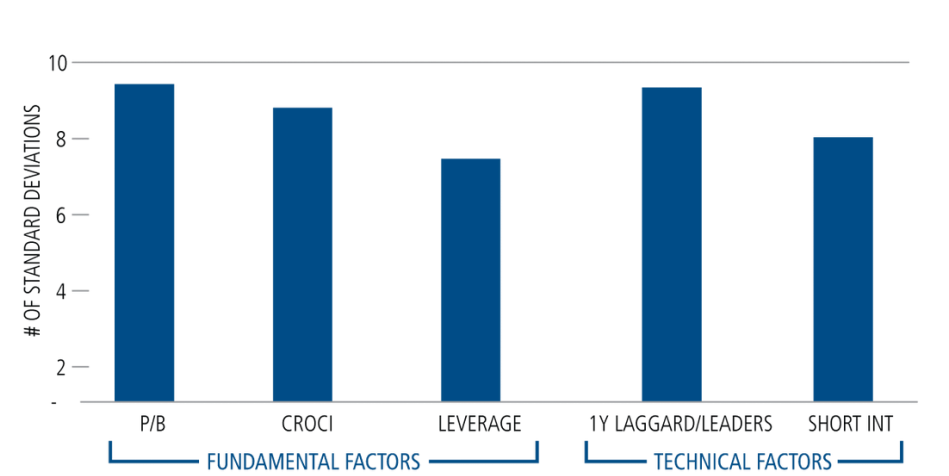 FIGURE 2B. MARKET SHIFTS WERE EXTREME IN 1Q 2016 FACTOR STANDARD DEVIATION MOVES, TWO WEEKS ENDED MARCH 8, 2016
European equities.
European equities struggled during the quarter, largely in sympathy with global growth concerns. In Europe, the challenges facing the banking industry are particularly concerning as banks face compounding headwinds: weak demand for loans, net margin pressures due to European Central Bank policy to repress interest rates, a continued regulatory overhang, and legacy non-performing loan issues. The market’s increasing recognition and concern over these headwinds resulted in meaningful volatility and under performance of a variety of bank securities during the quarter, and Calamos remain cautious on the group.

Europe’s broader economic recovery continues at a tepid course, though several geopolitical flashpoints present risks this year, including the Brexit referendum and other elections, the ongoing refugee crisis, and the threat of terrorist attacks. Despite these headwinds, there are investment opportunities. Equity valuations are relatively attractive and monetary policy remains reflationary, while lower energy prices, interest rates, and currency should drive corporate earnings improvement in coming quarters. Calamos remain constructive on real estate assets, particularly in Germany, given the current rate environment. However, monetary policy appears to have shifted recently from targeting the euro, so they are less constructive on some export-driven growth opportunities. Due to the uncertainty associated with the Brexit referendum, they remain cautious about the UK and are leveraging their economic exposure research to better understand the potential impacts of either vote outcome to businesses in the UK and elsewhere.

Japanese equities.
After being one of the strongest performing markets during 2015, Japanese equities stumbled out of the gate in 2016, as the Bank of Japan’s surprise announcement that it would move to a negative interest rate policy did not have the desired effect on equity markets and the yen. Instead, the market began to question the efficacy of the BOJ’s aggressive monetary policy, and indeed Abenomics overall, with Japanese banks among the hardest hit. Throughout the remainder of the year, Calamos expect a range of measures to support the Japanese economy, such as a fiscal response including a potential delay in raising the consumption tax, and additional monetary support. Historically, the market has responded favorably to these types of policy measures, but caution is warranted given the extent to which both monetary and fiscal policy have struggled in addressing Japan’s deflationary headwinds. Calamos remain focused on identifying opportunities where corporate governance and capital allocation are improving. Notably, Japanese companies are diverging from the global trend of lower returns on equity less the cost of capital (Figure 3), which they view as a reflection of these improvements. Secular trends and policies should support opportunities in a number of industries (See our article, “Our trip to Japan”)
​
Emerging Market equities.
Calamos are more positive on emerging markets than they were at the start of the year, as more stability in commodities and currencies can benefit the group. However, they remain highly selective and believe many of the countries that rallied most during the first quarter do not offer the most attractive risk/ reward opportunities going forward. Gains in twin deficit countries such as Brazil, Russia, and South Africa are not sustainable. In contrast, they are more constructive on India, the Philippines, and China. These countries are pursuing favorable economic reforms, making them better destinations for capital, and are beneficiaries of lower commodity prices.

Chinese equities.
Concerns about China’s currency have been a significant driver of market volatility. Calamos don’t believe China will force a marked devaluation of its currency or target the yuan as a source of growth for the Chinese economy. Additionally, they are encouraged by the progress that China is making toward its long-term goal of becoming a more consumption-driven economy. Many of our investments are focused on this consumption theme, including companies tied to e-commerce, a very healthy segment of the Chinese economy. They are also finding opportunities in the financial sector, as a prospering middle class increasingly seeks financial products. Finally, they see opportunities in infrastructure build out, such as the massive One Belt, One Road stimulus initiative.

FIGURE 3. RETURN ON EQUITY LESS COST OF CAPITAL Source: BCA, “The Bank Credit Analyst,” April 2016, using Datastream Worldscope, BCA Calculations. Data is for non-financial companies and uses weighted average cost of capital. © BCA 2016
Conclusion.
As the team at TAMIM have observed throughout the years, short-term volatility in the markets creates long-term opportunities for disciplined investors. While staying highly cognizant of how the market is responding and the implications to portfolios, we are maintaining a research-driven approach and will not rush to follow the herd. Having invested through multiple market cycles, we are confident that we can respond thoughtfully as opportunities emerge and identify a breadth of opportunities—across asset classes and geographies—even in an environment of slow economic growth, where uncertainties are formidable and spates of volatility are likely to continue.