The Calamos Global Equity team regularly visits the countries in which we invest. We meet with company management teams, local analysts, industry professionals and government officials and visit facilities. We also seek out ways to understand a country hands-on, including through conversations with people from all walks of life.
​
We recently returned from a two-week trip to Japan, and while evidence of change is visible, the process is slow. Here are some field notes from our recent meetings, including how our travels are shaping our view of opportunities in Japan. 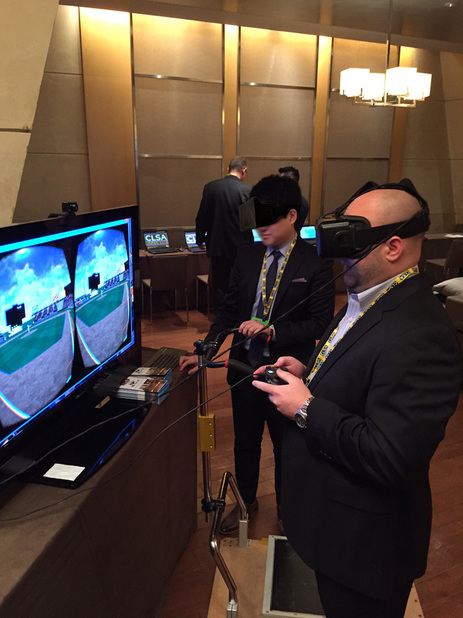 In addition to recreational applications, virtual reality technology is finding growing defense and military applications. Above Paul Ryndak (right), the cyclicals sector head for our global equity team, tries out some technology.
​Military and Defense
Military and defense were central themes in several meetings, including in two meetings we had with Prime Minister Shinzo Abe and members of his political party. The mindset about military and defense is changing in Japan, and there’s great concern about the ambitions of neighbors like China and Russia as well as the instability of regimes like North Korea. Defense and military spending is becoming a larger part of the Japanese budget, which could provide some good opportunities for investors. While it’s difficult today to gain direct exposure to Japanese defense companies, we have invested in global defense companies that are indirectly benefiting from increased defense spending, worldwide 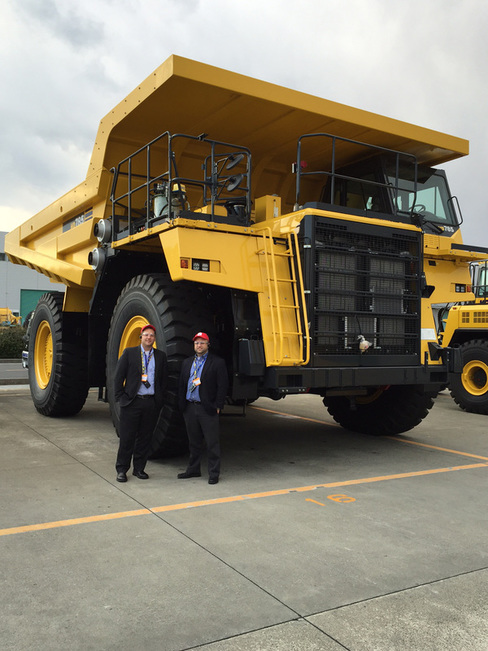 Here we are in Ibaraki Prefecture, visiting the plant of a Japanese machinery company that primarily manufactures wheel loaders and dump trucks, which are typically used in construction and mining activities.
Construction and Real Estate
Construction and real estate are areas where we see more compelling near-term opportunities. The Bank of Japan’s recent decision to enact a negative interest rate policy (NIRP) was a hot topic and came up in most meetings with government and central bank officials. The initial market reaction was negative, especially within the banking sector, and the people we spoke with made great efforts to justify the policy shift and emphasized how a three-tier system should minimize the financial impact on banks while promoting lending and improving asset quality.

We are not yet convinced a NIRP will benefit Japanese banks. However, we did see evidence that an ultra-low interest rate environment is making an impact on the real estate and construction sectors. During our travels, we spoke to consumers who had recently purchased real estate or were in the process of doing so. Many indicated that the “newness” of the units was very important. While several new mega-projects are now underway, the larger opportunity near-term may be tied to the renovation of existing aging buildings. We spoke to several real estate developers who are re-developing existing buildings and they told us they are now able to lock in extremely low interest rates for longer periods (for example, moving from less than 3 years to more than 10 years). We also heard stories about labor shortages in construction, which could be a constraint to growth given Japan’s strict immigration laws and low unemployment (~3%). We expect further wage growth pressures as well as policies that allow for additional foreign labor.
​ 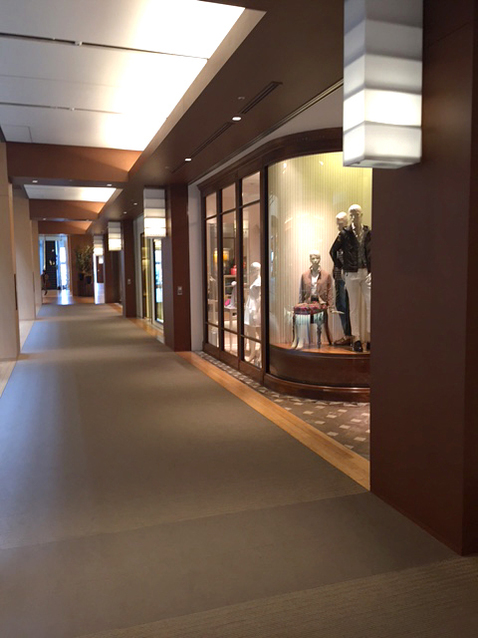 A traditional Japanese mall
Chinese Tourism
Chinese tourism remains a strong theme in Japan and many companies are focused on attracting the Chinese consumer. We spoke to a property developer who purchased existing hotels that typically had one bed per room and a maximum capacity of three people per room. By making simple renovations and adding a second bed to rooms, he was able to increase maximum capacity to five, catering to the Chinese consumer preference for four-to-five person occupancy rates. This change required minimal capex but increased his average nightly room revenue from $80 to more than $120, and his occupancy rate has improved due to strong demand from Chinese visitors.
We also had the opportunity to tour a new duty free store in the high-end shopping district of Ginza, in Tokyo. We visited an eight-story mall where the top floor was converted to duty free shopping. Chinese consumers can shop duty free any time during their vacations and have packages delivered to the airport to await their departures. This business model has done very well in Korea and expectations are high that Japan may see similar success. 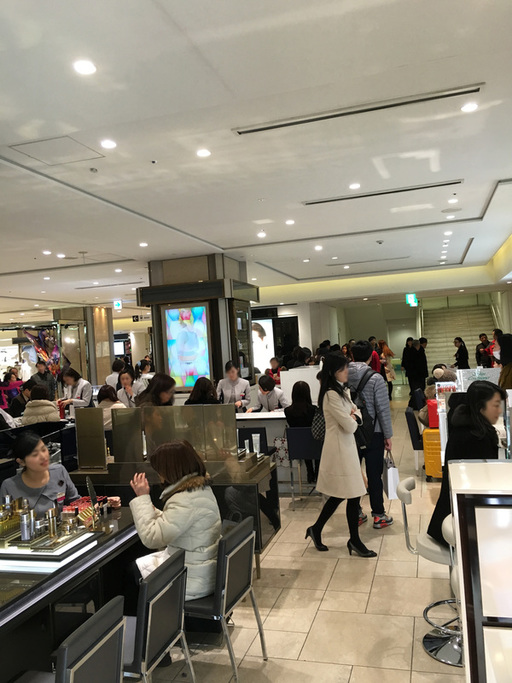 A cosmetic department that caters to Chinese tourists.
Corporate Governance and Culture
As we have written in past blogs, Japanese corporate culture is slowly changing, with a growing emphasis on increasing shareholder returns via better corporate governance and capital allocation. Compared to past trips, we had more meetings this year where companies discussed dividend payout ratios, share buybacks, and improvements in return on equity.
While this was encouraging, we were reminded that Japanese companies have a long way to go. Many have just begun to reach for the low-hanging fruit, while others have not gone that far. We still aren’t hearing about restructuring—rationalizing underperforming businesses, selling off units, etc. Although Japanese businesses frequently discuss cutting costs and improving efficiencies, we didn’t hear any discussion about consolidation, which would help capital efficiency.
The Japanese culture is rooted in respect and tradition, both very positive attributes, but in some meetings, our sense was that these attributes could be helping sustain the status quo, to the disadvantage of shareholders as well as the country’s growth prospects. There are still companies focused on accumulating cash or building empires that may not reflect the best interest of shareholders. We met with one company that was stockpiling cash in case of another major earthquake, while another company was excited to share news that it had recently purchased an island, to which it would be moving production. Although earthquakes are valid concerns, we hope more of our future meetings will center around growing production to meet future demand and innovation as opposed to moving or replacing production.

Conclusion
In closing, it was a very successful trip for our team. From our many conversations and meetings, we were able to enhance both our top-down and bottom-up views of investable opportunities in Japan. We observed the impact of secular trends first hand, affirmed investment theses and also identified many areas that we’re looking forward to researching further.
​
​Happy investing,

​The team at TAMIM.

Click here to speak to TAMIM about investing in our Australian and International Equity managed accounts
https://www.tamim.com.au