The Pain Report will provide you with a weekly independent and objective commentary on the global economy, in an attempt to help you identify the key forces which will shape the world in the years ahead.  For example, I believe that the most significant and defining economic phenomenon of our time is the rise of the Asian middle classes. I urge you to beware the prism through which you view the world, and to be aware that much of the western media’s negative and sensationalist coverage is biased against the so-called emerging nations. In my view, the decades ahead will see an era of prosperity, enlightenment and opportunity that very few today are predicting. If any of the above resonates with you then please read "The Pain Report".
​“Humpty Dumpty sat on a wall. Humpty Dumpty had a great fall. All the King’s horses and all the King’s men couldn’t put Humpty together again.”

Before I move on please read the following article by Kyle Bass, or you can read it later at Corona time.

That the market has had a great fall, there is no doubt. The question therefore is how do we put the Humpty Dumpty market back together again? Can the world’s central banks and governments do it this time, as they did in 2008?

That the world has a lot of debt, there is no doubt. Does the world have too much debt...that is the question. And if you accept the premise of the question, has the great global credit bubble just burst? I can hear the hissing sound, but many can’t. The RBA Governor, Glenn Stevens, can’t hear it, but then again he didn’t hear it in 2007..the RBA actually RAISED rates in March 2008.
Indeed, many argue that the markets have become detached from reality, and that the economic fundamentals just simply do not justify the crash we have seen in equity markets across the world.  Only time will tell.

But surely there is a reason for a chart, like the one below. (TOPIX Japanese Banks Index) Please note the ‘great fall’ since the BOJ announced negative rates on 28 January. Oh horror of horrors banks don’t like a negative deposit rate on excess reserves and flat yield curves. (Think net interest income!) What do all the King’s horses and all the King’s men do next time?

What about this chart of European bank stocks? 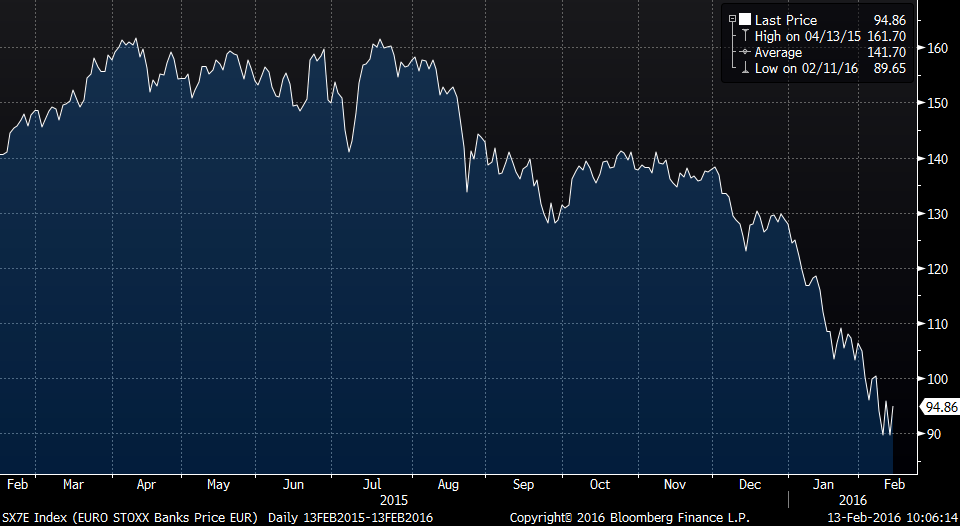 Or closer to home? The S&P/ASX 200 Financial excluding A-REIT Index.

​Is all this noise just simply to be ignored?! I think not. For many months now I have argued that we are witnessing the deflation of a global credit cycle and bank stocks around the world are screaming that message out LOUD. I am not going to talk about China today and leave you to read the Kyle Bass article instead. 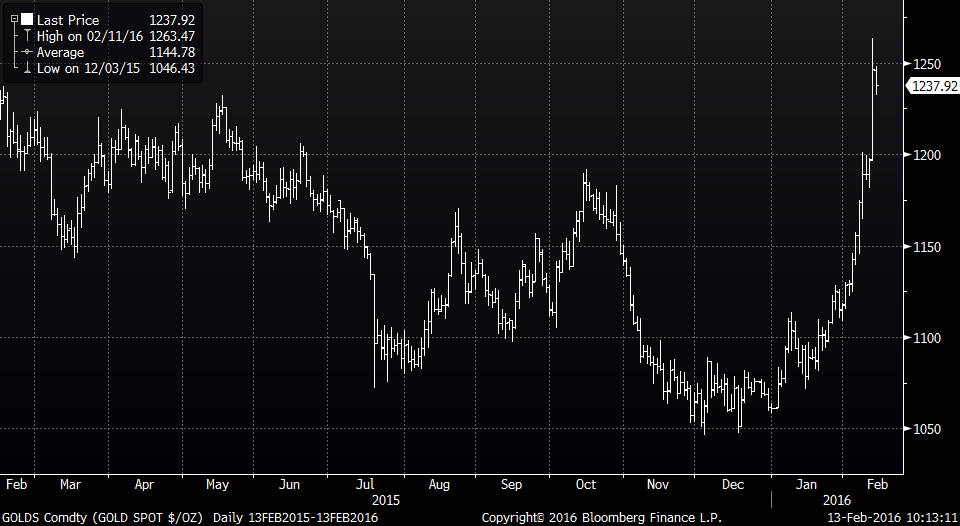 ​This week I have no bright ideas and to be honest I want to get out of here because I have a very busy day ahead. It’s a beautiful day here in Sydney and I’ve been sitting at my computer since before dawn...yes I know that’s sad. So to make you and I feel a lot better I’ll show you the ‘Mother of all Indices’...the S&P 500, which bounced off a very critical level, namely 1810. 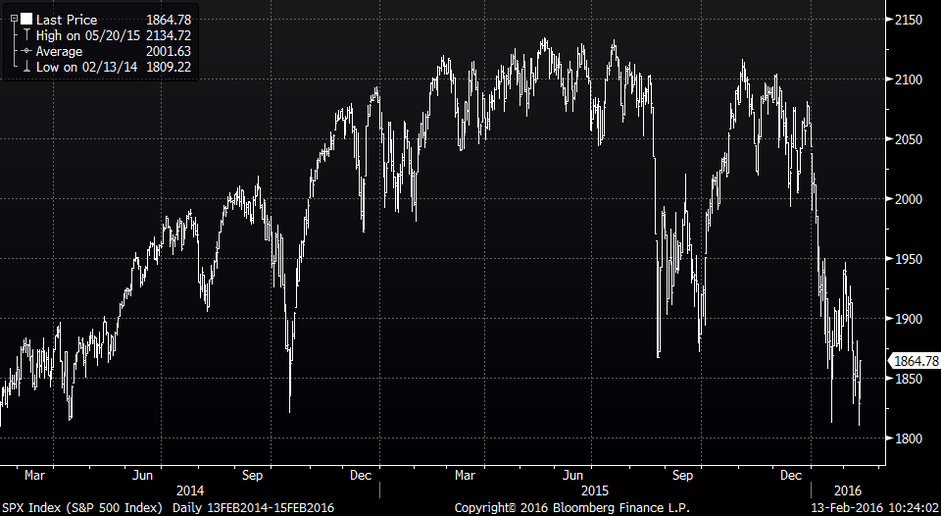 The other good news is that oil rallied hard and if you believe the UAE there is rumour of a cut in production..we shall see. And in even more good news the Middle Eastern sovereign wealth funds have been HUGE sellers of equities, which helps explain the rather dramatic decline in stock markets and the numerous ‘dead cat’ bounces that we have seen. Also, it is noteworthy that, like many others, they were overweight Japan and Europe, hence these two markets bearing the brunt of the global sell off over the last 3 months. They would appear to have sold rather a lot, and perhaps they are nearer the end of the liquidation  programme. This may enable markets to bounce quite nicely but will, alas, not change the BIG issue, which remains the deflation of the global credit cycle and that the central banks have lost their ability to influence/control markets.

Then we face the reality that the PBOC will have to devalue the YUAN...it’s only a matter of time. In the meantime forget about all of this and have a great weekend wherever you are in the world...it’s nearly Corona time!


Click here to discuss the views of the Pain Report with a TAMIM Director
https://www.tamim.com.au